The years of memories Troy has created by attending races with his brother and dad make every trip to the racetrack very special.

Being a life-long Omaha resident, he has been a frequent attendee of races at I-80 Speedway.  As he grew older, he started traveling to races across the Midwest, while still attending races at I-80 almost every weekend. 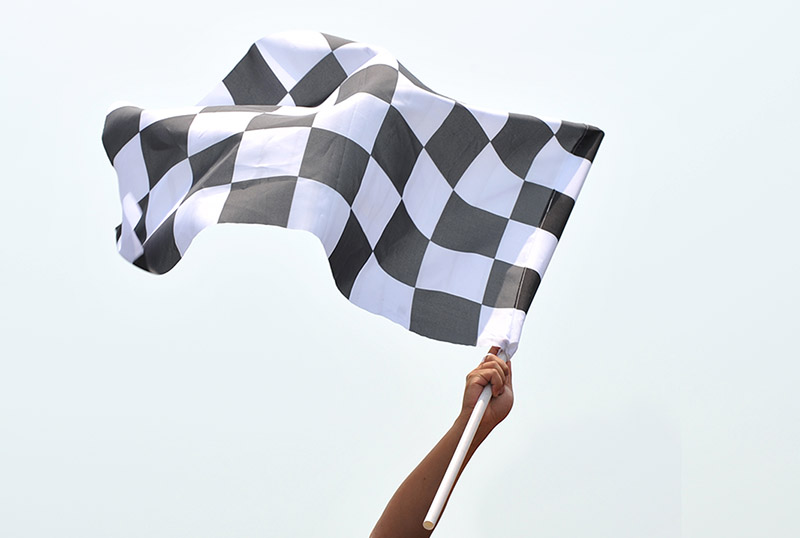 The last few years have been tough.  Troy unexpectedly lost his wife of 34 years in 2016 and during that same time received devastating news of a cancer diagnosis.  Surrounding himself with his four kids and granddaughter helps him get through the hard times. His oncologist, Dr. Peter Silberstein at CHI Health, knows how rough the last few years have been and wanted to give Troy an opportunity to check a box off his bucket list.

Whenever Troy gets a chance, he still attends races in Omaha and across the Midwest.  But there has always been a particular race in the back of his mind, the Firecracker 100 at Lernerville Speedway in Sarver, PA.  Every year, he thinks about attending but talks himself out of going…that was until this year!

VIP Limo escorted Troy to Eppley Airport, just in time for Troy to jet off to Pennsylvania.  Due to heavy rains the first of three days of races were cancelled.  Troy’s brother, Harold, was traveling from Wisconsin and decided to wait for the weather to brighten up before traveling to Sarver.  Troy wasn’t going to let a little rain dampen his spirits.  He spent the afternoon at the Pittsburgh Zoo and catching a flick to escape the rain.

Finally, the weather cleared and Friday’s races were on!  Heats of all different types of cars raced around the dirt track for hours.  But the biggest thrill for Troy – the race he had waited years to see – was watching the Firecracker 100.  It was auto racing excitement at its best. For most of the 100 laps of the race, it was hard to tell who was going to win, then on Lap 97 Tim McCreadie pulled ahead to win the $30,000 prize!

It was a race to add to the memory books.  Troy enjoyed experiencing the races and creating new memories with his brother.  It won’t be long until they see each other again. . . they already have a race vacation planned for later this summer!

Dreamweaver Foundation would like to thank VIP Limo, Travel and Transport and Dream Team Volunteers Alex and Laura for helping us grant Troy’s Dream!