Thomas Morgan enjoys the simple things, but his life was anything but simple. His life in the Navy and traveling the US as a salesman was full of excitement. He saw so many different places, ate unique foods, met interesting people. It was busy, complex, and a little bit wild. 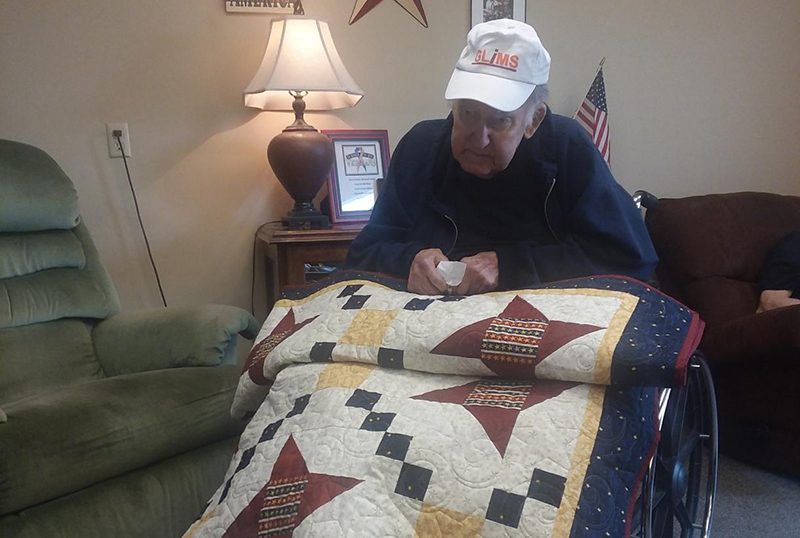 However, at his core, Thomas is a simple man. He has enjoyed dancing, music, and appreciates beautiful things. When Becky from Aseracare nominated Thomas, she knew his Dream wouldn’t be complex, but it would be meaningful. Thomas wanted to go to his favorite park and eat ice cream on the bench.

Thomas had walked the path around the lake in Falls City many times before, but because of his decline in health, he was no longer able to do so. But sitting and admiring the natural beauty was enough for Thomas, with some ice cream in hand.

With the help of VIP Limo, Thomas was able to enjoy his favorite type of ice cream—Baskin Robbin’s—that was brought to him from two hours away in Omaha! Dreamweaver gave him a variety of options so he could taste different sweet treats. After feeling the sunshine on his face at the park, he took a nice limo ride back home to end the day with some pizza for dinner.

It really was the simple things that mattered most to Thomas. His Dream was to feel the warmth of the bright sun, taste the sugary sweetness of an ice cream cone, and reflect on the memories he had at his beautiful hometown lake.