“It was the best day of my life.”  That’s what Suzanne shared with Dreamweaver Foundation.

Suzanne, a beautiful, California hippy soul, was in town visiting her daughter, Lindsey Rai.  Last summer after going to the doctor because of a strained knee, Suzanne received a daunting diagnosis, Stage 4 Bile Duct Liver Cancer. 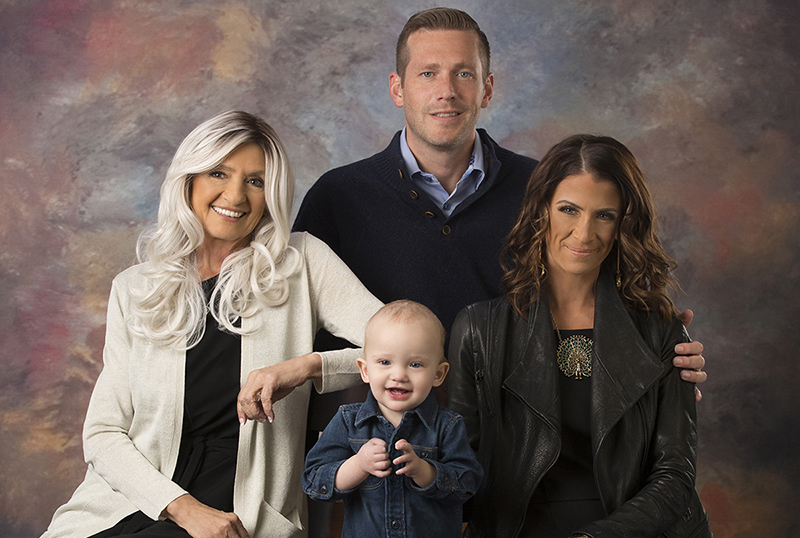 Treatments and doctor appointments now consumed her once busy teaching schedule.  But, she was determined to beat her cancer diagnosis.

Due to radiation treatments, Suzanne’s beautiful long hair is now short and spunky.  To others, she’s still beautiful, but she wishes to feel pretty and feminine just for a day.

When her daughter was young, she and Suzanne would have mother – daughter glam days; make-up, updos, sparkly outfits and photographs.  It was her dream to have a glam day with her now adult daughter.

Through the connected nonprofit community in Omaha, Lindsey Rai was familiar with Dreamweaver Foundation’s mission and had hopes they could help her mom fulfill her glam dream.

It wasn’t long until Suzanne arrived in Omaha.  Dreamweaver Foundation took Suzanne to Bravadas.  Entering the salon Suzanne was a bit nervous, she didn’t know what to expect.  But, her confidence soon increased as she placed a beautiful salt and peppery wig on – she was channeling her inner Diane Keaton.  Her smile lit up the room!  She was dancing with excitement, as she felt pretty and feminine again.  The light the rest of the world sees in her soul, she was now seeing in herself again.

The day wasn’t over yet, next stop, Von Maur to find the perfect outfit for her glamour photoshoot.  Outfit after outfit, Suzanne’s confidence grew.  She felt like herself again.  “This was the best day of my life”, Suzanne shared over and over.

The following day, Suzanne and Lindsey Rai received make-up and hairstyle pampering prepping for their glamour shots.  It was a morning that transported them back decades to a time when being dolled up was their favorite way to spend time together.

With the mother daughter duo looking stunning, Maggie from C41 Photography captured emotional, silly, and breathtaking moments. The glamour photographs will be added to Suzanne’s wall displaying photos from their many glamour days.  But, for her daughter these photos hold special memories with her mom.

The day concluded with limo ride to a surprise brunch at Beacon Hills with her friends and family.

It was a day Suzanne, Lindsey Rai and Dreamweaver Foundation will never forget.