Raymond has been a Dallas Cowboys fan since he was 25 years old. He admits he might be a bigger fan of the cheerleaders than the football team! Growing up in the Midwest and graduating from Kennedy High School in Cedar Rapids, IA in 1975, he didn’t have a favorite NFL team to follow. He entered the Marine Corps immediately after high school to have an honorable medical discharge that September. He moved often, wanting to see different parts of the country and eventually took notice of the Dallas Cowboys. For the last 36 years, Ray has been cheering on the Dallas Cowboys with the cheerleaders. 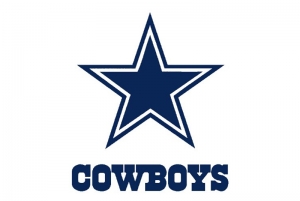 Dreamweaver Foundation recently fulfilled a friend of Ray’s dream to visit Sea World in Florida. When she heard how much Ray loved the Cowboys but never has seen them play, she knew she needed it pay it forward and nominate him.

A few weeks after Dreamweaver met Ray he was on his way to sit in AT&T Stadium to watch the Cowboys play the Kansas City Chiefs. Ray took his good friend, Galen, with him who happened to be a Chiefs fan.

They arrived a day before the game to get a VIP Stadium tour during Rally Day. As they were enjoying breakfast on game day, Ray got to know his waitress and learned her father passed away from cancer recently. She later returned to the table with a #11 Cole Beasley jersey, who happened to be his favorite player. Ray was touched by the generosity of a complete stranger.

Ray said his favorite part was watching Dallas beat Kansas City at AT&T. Dreamweaver would like to especially thank Travel and Transport, VIP Limo and Dallas Cowboys for helping us fulfill Ray’s Dream.