If you ever meet McKinley, you will quickly discover he is a very proud father.  His son, Julian, joined the U.S. Navy in 2014.  He is currently serving his third year in Japan. Through modern technology, McKinley and Julian are able to talk through text messages and video chats, but nothing is better than sitting side by side. 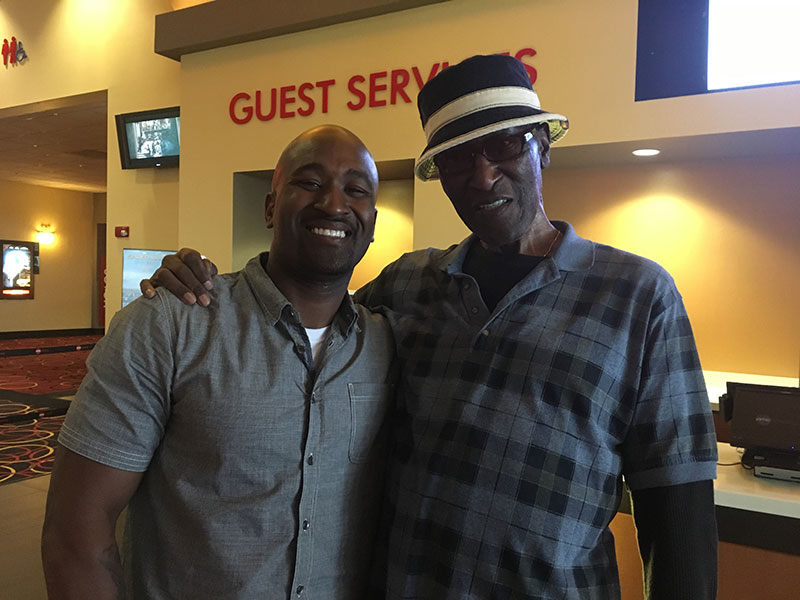 McKinley grew up in Chicago, but found Iowa to be home after falling for a Sioux City girl and raising a son.  He feel in love with the slower pace atmosphere and beauty of Iowa; eventually moving to Council Bluffs in 1993.  In 2004, McKinley was diagnosed with throat cancer.  He has undergone many surgeries and currently receives dialysis three times a week.

McKinley and his son share a love for two things, movies and WWE wrestling. McKinley’s dream was simple; he wanted an afternoon at the movie theater with his son. We first met McKinley in April and tried to plan his dream, but Julian did not know when he would be available.  Then, in mid-May we suddenly received notification that Julian was in Council Bluffs but only for a short time, leaving the next day.  Within hours, we put together his dream.  Dreamweaver was excited to give McKinley and Julian a chance to enjoy the new King Kong movie, Kong Skull Island, together.

McKinley expressed how thankful he was for this opportunity.  It had been years since him and his son were able to relax and enjoy time together. McKinley said, “this was very emotional and gave me teary eyes”.

Thank you to Julian for his service in the U.S. Navy and taking time to help us fulfill his father’s dream.