Lil Jeppesen has always been the first on the scene to help others. 65- year-old Lil, now a retired nurse, currently works part-time for Hospice with Heart and is a trainer for the Powerful Tools for Caregivers program. Though Lil is a two-time cancer survivor, she is currently being treated for a ruptured disk in her back as well as a heart condition.  Lil’s husband, Frank, is a retired Veteran who is currently battling Parkinson’s disease and diabetes.

Lil’s mother, Jacqueline Jensen, is 86-years-old and works at UNMC in the cafeteria to help support herself and her son who is recovering from surgery. Jacqueline chose to continue to work at the med center after her husband passed away several years ago from a long bout with Parkinson’s and dementia.  An immigrant from France who still speaks fluent French, Jacqueline still has many family members residing in France.

Lil’s daughter, Tammy, is 43-years old and a single mother of two, suffers from chronic health problems and is in and out of the hospital monthly, including seven or eight extensive stays at the Mayo Clinic. Tammy had a kidney transplant and suffers with a blood disorder that causes clotting issues, even with medication. In addition, she has diverticulitis and problems with a twisted bowel. Last summer, Tammy had a stroke that left her in a nursing home. She will be having yet another surgery this coming July. Tammy is an elementary school teacher with amazing compassion for special needs kids and in spite of all the illness, Tammy refuses to give up.

Tammy’s debt from medical bills has consumed her life and made it impossible for her to even dream of getting ahead. Medication and co-pays have taken all of her finances as well as her self esteem and joy. Lil and Frank have had to come to her financial support through all of their medical procedures, causing their savings to become depleted.

Though her own health is failing from the stress of shouldering the financial, physical and emotional responsibility for her family, Lil has always been and will continue to be a caregiver for many people. This is Lil’s “Dream…” 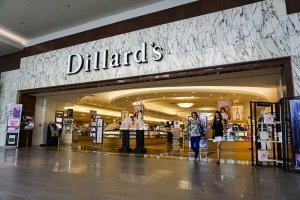 It was a gloomy Saturday morning on February 15th but Lil was certain the sun would eventually shine on Lil’s Mother-Daughter Day! The Jeppesen’s decided to meet at Tammy’s apartment. Board Member, Michele Peel, picked them up at 8:30 am and they headed to Dillard’s at Oakview Mall to do some shopping!

Typically Dillard’s doesn’t open until 10:00 am, but the Dillards store manager, Mardi Miller, opened the doors an hour early for Lil, Tammy and Jacqueline. They had so much fun picking out clothes and shoes!

“We were all in awe, apprehensive at first of the unexpected, as it was difficult to grasp that we would be the receivers of this wonderful gift as we were used to being the doers and helping others. To be on the receiving side was indeed very humbling.” -Lil, Tammy & Jacqueline 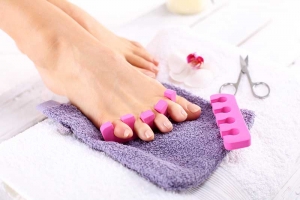 Next, they arrived at Creative Day Spa and the girls were greeted by John Mangiameli, the salon’s owner, and Mandy, who helped coordinate their “Day at the Spa!” First, they received a relaxing massage, then Pedicures and finally, a new cut and style! Tammy and Lil even had a little color added to their new do’s! Some final touches with makeup and they were ready to show off their final look with their new outfits they had picked out earlier at Dillard’s. When they came down the stairs, Lil, Tammy and Jacqueline glowed, sparkled and most of all, they smiled. They looked stunning and ready for their first ride ever in a limousine! They said their thank you’s and goodbye’s to the team at the spa and giggled uncontrollably as their limo driver, Bob, took their hands to help each beautiful lady into the black, shiny, stretch limousine to be whisked away to Fleming’s for a gourmet dinner.

With the girls in Bob’s care, Michele quickly made her way to Fleming’s to meet with the manager, Andy, who had the perfect table for three ladies.

Upon arrival at Fleming’s, they took some photos then Lil, Tammy and Jacqueline were escorted to their table. Michele then gifted the trio with their gifts – three silver, sparkling necklaces, each with a card that said “Dream.” These necklaces would serve as a reminder to them of their special day together as grandmother, mother, daughter and granddaughter. 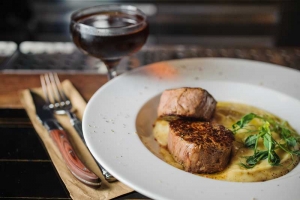 After a few thankful tears and assisting them with their necklaces, Lil, Tammy, Jacqueline and Michele shared a small toast. Before saying goodbye, Michele assured them Bob would be waiting to escort them home in their limousine and left them to talk amongst themselves as mothers and daughters do, and wouldn’t you guess… the sun came out.

Thank you to everyone who made this “Dream” a reality for our Dreamer, Lil Jeppesen, her daughter, Tammy, and mother, Jacqueline. We’d also like to thank Mardi Miller and her associates at Dillard’s at Oakview Mall along with John Mangiamel, Mandy and the entire team at Creative Hair Design! Thank you to our Limo driver, Bob Johnson, at VIP Limousine and Andy Wilson and his team at Fleming’s restaurant.

The Dreamweaver Foundation would also like to thank Michele Peel, Noreen Vana, Judy Workman and Ron and Jeanie Carson for all of your help and support throughout the day’s events for Lil Jeppesen’s Dream.