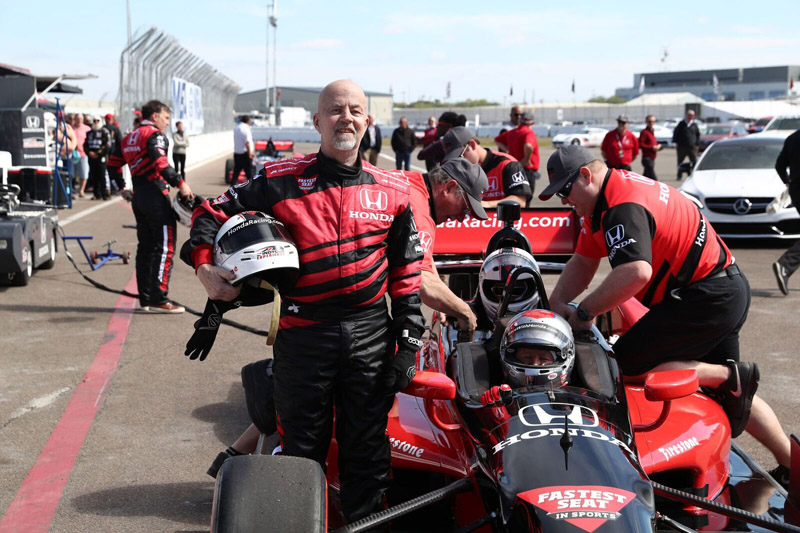 Ken has two loves in this life; wife Joyce of 29 years and INDYCAR Racing!

Every Memorial Day since Ken was 2 years old, it was a tradition for him and his dad to listen to the
Indy 500 on the radio after visiting their loved ones at the cemetery. In 1969, Mario Andretti, Ken’s favorite driver, won Indy 500. That’s when Ken’s dad decided it was time to make a new Memorial Day tradition! In 1971, Ken and his dad attended their first Indy 500 Race and they were hooked! Ken has vivid memories of sleeping on Greyhound Buses and camping outside the grounds – doing whatever it took to be at the race. Since, 1971 Ken has kept the Memorial Day tradition alive with Joyce and many of his children and grandchildren.

In December 2016, Ken was diagnosed with esophageal and stomach cancer. He spent a year receiving treatments and fighting cancer. Just a few days after being told he was cancer free, a brain scan found five tumors. He was given 90 days to live. 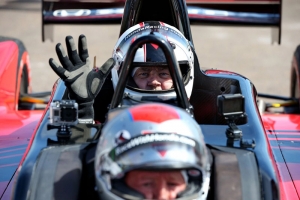 Joyce asked her husband, “what’s your dream”? He told her, “to meet my all-time favorite driver, Mario Andretti”! Joyce was determined to make this happen for Ken! She contacted Make-A-Wish in hopes they would know of an organization that fulfills dreams for seniors. Make-A-Wish gave Joyce Dreamweaver Foundation’s phone number and Joyce will tell you, “from there it was in God’s hands”.

A few weeks after meeting with Ashley, Dreamweaver Foundation’s Dream Coordinator, Ken was sitting in Mario Andretti’s two-seater Indy Car on Firestone Grand Prix of St. Petersburg’s track. Ken said, “the ride was just a thrill. They would go 150 – 160 MPH down the straight-aways, slam on the breaks to 10 MPH and pick up speed again out of the turns.” Ken and Joyce enjoyed the rest of the weekend attending all the Firestone Grand Prix of St. Petersburg Indy Car festivities and races with their VIP Passes. But, one more surprise came on Sunday, when the couple met A.J. Foyt, another favorite driver of Ken’s.

On the plane ride home from Florida, Ken and Joyce sat next to a radiologist from Houston. He told Ken about a couple new treatments and other options that might help. 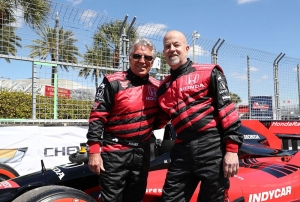 Dreamweaver Foundation would like to thank Mario Andretti, Mario Andretti Racing Experience, and IndyCar for partnering with us to fulfill Ken’s Dream.