“Remember the good.”  That’s what James shared with Dreamweaver Foundation as he relived the important and momentous events in his life.

In 1964, James enrolled in the Army Reserves and transferred to Active Duty Navy in 1966 after graduating from the second paramedic class in Omaha. It wasn’t always good, but he focuses on the good that came from his time serving his country: friendships and traveling around the world to Japan, Australia, Jamaica, Cuba and Vietnam. 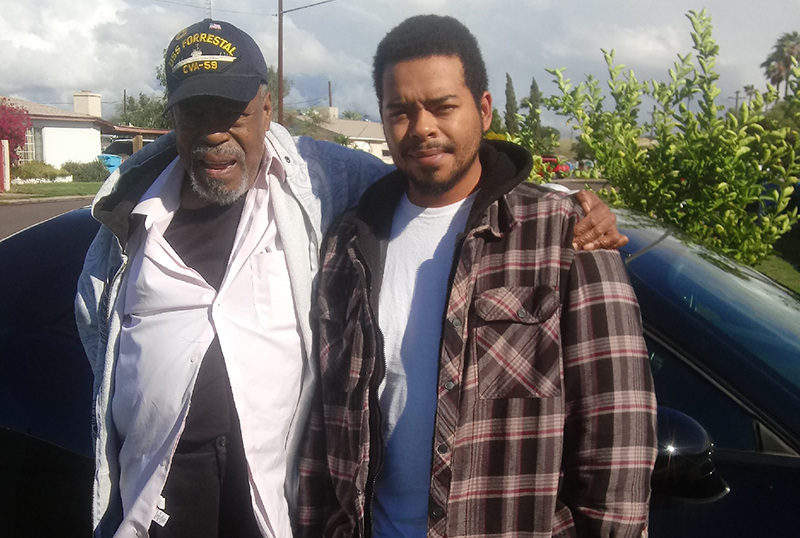 After dedicating four years to serving his country, James moved to sunny Arizona to get married, start a family and begin a 10-year career in the fire department.

After his marriage ended, James returned to Nebraska to be closer to his twin brother. After 40 years in Nebraska, he was ready to return to his memories in Arizona, such as visiting his favorite spots. Most importantly, though, he wanted to visit with his son, James Jr.

James returned from Arizona with a big smile on his face. “This is the greatest thing anyone has ever done for me,” he exclaimed. His time spent in Arizona gave him the opportunity to catch up with his son after being apart for six years, and visit with family he hadn’t seen in nearly four decades. That was a surprise he wasn’t expecting.