This year Jack has 2 reasons to celebrate on June 16th – his 69th birthday and Father’s Day!

Growing up in Council Bluffs, Jack and his three sisters often “crossed the river” for ventures into Omaha.

At 17 years old, Jack made the decision to enlist in the Army.  For four years, he dedicated his life to serving his country.  His most memorable moment w 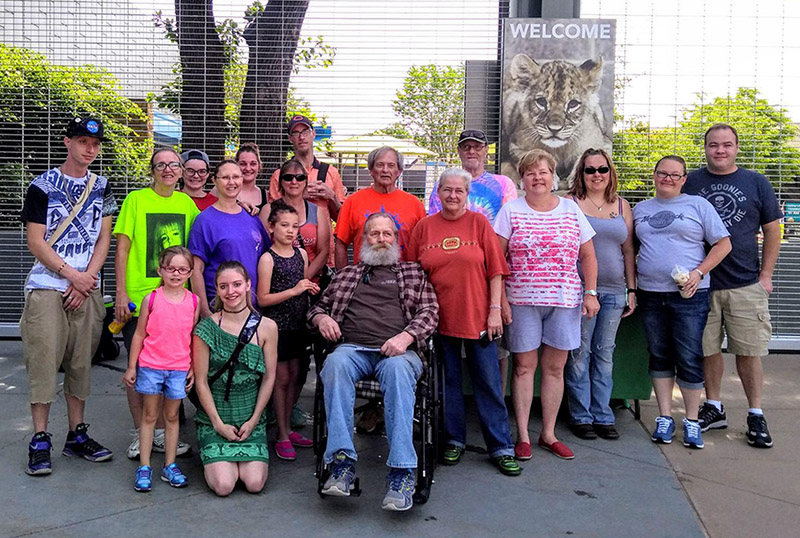 as visiting the location Hitler was planning to hold all the world leader’s hostage.

Mikaela, Social Worker for AseraCare York, learned how important Jack’s family is to him.  Reminiscing about his childhood brings up positive emotions.  Due to distance and growing families, it’s has been years since his entire family was together.  Mikaela was hoping Dreamweaver Foundation could change that.

On a beautiful morning, VIP Limo transported Jack and Lorie from Loup City, NE to Omaha, NE for a day of birthday and Father’s Day celebrations at the Henry Doorly Zoo.  Just as Jack stepped out of the limo, 60 family members flocked to him, with hugs and birthday wishes.

Hippos, sea lions and giraffes oh my!  Jack roamed the zoo exhibits, enjoying watching the little  kids and “big” kids amazed by all the different animals.  After a few hours walking through acres and acres of exotic animal displays, Jack had built up an appetite for his favorite beef sandwiches and of course birthday cake!  As Jack’s family started singing “Happy Birthday” tears rolled down his face in gratitude for the wonderful family that came from near and far to celebrate his special day and whose love surrounds and supports him no matter the distance.