Irene Whalley is a church program volunteer, has passion for her family, likes to travel and enjoys gardening.  She also has Huntington’s Disease.  Huntington’s Disease is a neurodegenerative genetic disorder that affects muscle coordination and leads to mental decline and behavioral symptoms.  According to her husband Daniel, it is a mixture of MS and Alzheimer’s – a nightmare combination of diseases.

Irene is no stranger to this hereditary disease.  Her mother passed away from this disease at the age of 49.  For Irene, her symptoms started at 35.  Because of her fear of having the disease, she was not officially diagnosed until she was 47.

Because Huntington’s Disease affects a person’s ability to walk and talk, Irene has been accused of being drunk.  Although these accusations are hurtful, her focus lies not with herself, but with others who suffer from this disease.  Irene’s goal is to bring national attention to this disease where there is none.  Because there is no national database, victims and families feel isolated and alone.

Daniel Whalley is also disabled.  Twenty of the discs in his back are compromised, causing him to be in constant pain.  Due to the fact that he and Irene are married, he receives no income because they consider Irene’s $1,250/mo. income too much.  They barely scrape by with rent, food and medical expenses.  Even with Dan’s own medical issues, he nominated his lovely bride for a “Dream” of a lifetime – a Dream to dance with Ellen DeGeneres: 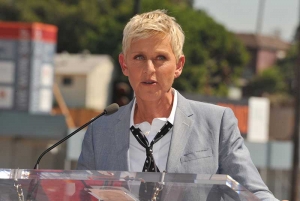 The planning for Irene’s Dream started in the spring of 2014.  Board member, Kelsey Ruwe, and a talented team of videographers went to Dan & Irene’s apartment in Fremont to film a marketing video to enhance their chances of getting tickets to see Ellen (#IrenesDream).  It was right before Easter and their home was beautifully decorated with pastel colors and Easter eggs.  The video was proactively sent to Ellen and all of her executive producers.  It was actually a trending video for a while!

After months of no response, a true blessing arrived at our doorstep.  One of our board members’ connections at a local t.v. station was able to not only get Dan and Irene tickets to see Ellen, but they were also given a tour of Warner Bros. studio.  Their trip was an early Christmas gift and they took off for California on Sunday, November 23rd! 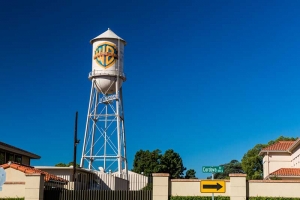 Dan and Irene, along with their dedicated nurse, departed for Burbank on Sunday afternoon.  They were sent off in style by a few members of The Dreamweaver Board.  And getting to see Ellen wasn’t the only Dream realized that trip.  Irene has family in that area and they were able to meet for dinner that evening!  According to Dan, having Irene see her family was the best Dream she could have ever received!

Their tour started at noon on Monday and they were to report to The Ellen Show later that afternoon.  Even though they didn’t get to meet Ellen in person, they were seen on live t.v. dancing in the audience!  Irene’s grin was from ear to ear!  According to Dan, the months leading up to this Dream truly gave her a reason to get up every day.

Thank you to everyone who made this “Dream” a reality for our Dreamer, Irene Whalley, and her husband, Daniel. We’d like to thank Joe Steuter and Jaime Sullivan for their help with creating Irene’s video, John Livingston from Channel 7 News for his connection to The Ellen Show and the Warner Bros. team for tickets to the show and 2 hour tour of the Warner Bros. Studios.  A very special thank you goes out to Morgan Blackim, our “angel” who accompanied Dan and Irene on their trip.  This Dream could not have happened without all of your amazing support!

The Dreamweaver Foundation would also like to thank Kelsey Ruwe, Michele Peel, Judy Workman, and Ruth Hamlin for all of their help and support throughout Irene’s Dream.