No matter how grown your children are, you are still their mom or dad.

Harry and his wife, Kathy, raised their three children in California. Harry was the dad of all dads, always made sure Kathy and the kids had what they needed. He repaired furniture for 35 years. Kathy said, he made junk look new again! 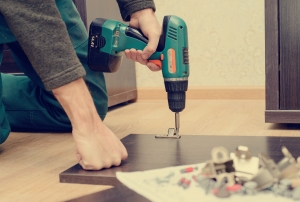 It has been three years since Harry has seen his daughter, Breeanne, now living in Reno, Nevada. Due to his Parkinson’s and dementia he is unable to travel. Harry’s health started to decline in the last few weeks; Mary from AseraCare Norfolk wanted to do something that would cheer him up. She contacted Dreamweaver Foundation for some help!

Dreamweaver flew his daughter from Reno to spend two weeks with her father. Harry had no idea she was coming. Every afternoon Breeanne and Kathy spent time with Harry. Breeanne said her dad has been so happy and smiling all the time. He is getting up, eating and talking more, even participating in facility activities. Seeing her dad so happy has made Breeanne think about moving to Norfolk to be closer to her parents.

Dreamweaver Foundation would like to thank Travel and Transport, VIP Limo and AseraCare Hospice- Norfolk for partnering with us to fulfill Harry’s Dream!