Very few people can say they were recruited to play a professional sport. But Harold Niemeyer, resident at Nye Pointe in Fremont, Nebraska, is one who has those bragging rights. Harold played for a U.S. Military recreational sports team while he fought on the front lines from 1967-1973. His favorite professional team approached Harold as well, recruiting him to play for them. Due to the confidentiality of Harold’s time in the U.S. Military, he isn’t able to publicize this very unique information, though. Harold shared that although being recruited by his favorite team was a great honor, he instead chose to continue serving his country until 1973. 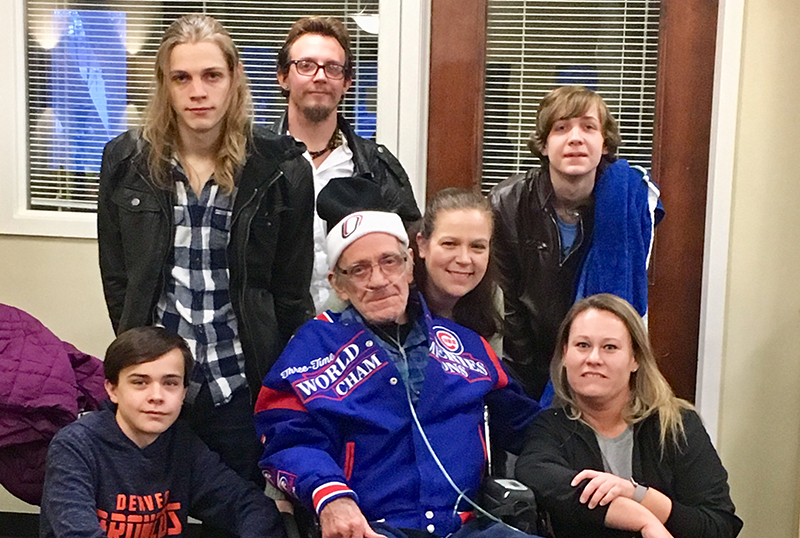 Fifty years later, Harold is still proud he chose to serve his country … and he is still the biggest sports fan you’ll ever meet.

When asked about the possibility of fulfilling a lifelong dream, Harold wanted to experience something he had never experienced before: attending a fast-paced hockey game! As an avid sports fan, Harold wanted something thrilling that could include him and his family.

On a snowy Friday night, along with his daughter and grandsons, Harold experienced the thrill and excitement of a UNO hockey game. He received the VIP treatment he has earned—being escorted from Fremont to Baxter Arena by VIP Sedan and Limousine and viewing the game from a suite donated by Baxter Auto.

Harold expressed, “I am very appreciative of the effort put into my Dream by Dreamweaver and the Nye team. Go Mavs!”

Days after the game, Harold was still in his UNO hockey shirt and talking about the marathon game that ended in a tie after two overtimes!