“Oh, honey!  I am already so blessed I wouldn’t know what to even ask for . . . “were the words from Dan Stuck, our 3rd nomination, when he was called to be told someone would like to nominate him for a “Dream.”

Dan was diagnosed with liver cancer and placed on the transplant list.  He is waiting for “the call” to pack his bags and travel to another state.  This will happen once he gets close to the top of the list, as Nebraska’s VA does not have a transplant program at their hospital. 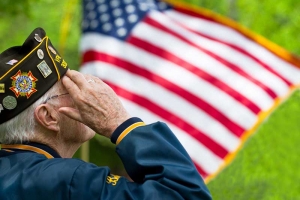 Dan is a retired military veteran and married to his high school sweetheart, Debbie.  All one has to do is look at their eyes when they are talking to one another to see the love they hold for each other. They were blessed with two wonderful sons.

Dan is no stranger to working hard and giving back to the community.  Dan has been one of the rotating ministers for Crossroads Connection – a place provided to help ex-offenders and their families transition back into society, to form a relationship with faith communities and become active participants.  Dan is also the founding pastor for a local church that is very small and struggles to stay open . . . yet hundreds of people have been served with food pantries, home repairs, vehicle assistance, transportation to appointments, personal visits, etc.  Dan does not receive a salary from the church and often time uses his own limited resources to cover expenses.  Dan still works many part time jobs, including that of a Chaplain at a local funeral home and a cemetery marker designer.  Debbie works full time at the Amelia House as an Activities Director and puts in many hours at their local church.

Once again, being the humble person he is, when we called Dan to tell him he had been nominated, he told us, “There must be many others out there that are worse off than I am and that deserve a “Dream” more!”  We told Dan, that it was our turn to give back to him and Debbie . . . that they had spent their lives giving and doing for others!

Dan and Debbie thought about the “Dream” for several days and then upon visiting them at their home, told us they had finally come up with something.  They would love to have a family picture taken with their kids and grandkids because they didn’t know if they would ever have the chance to have another one. 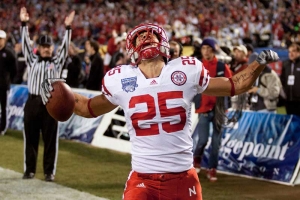 Their “Dream Day” took place on Sunday morning, September 8th.  When they came out of their home to meet their sons, daughter-in-laws and grandchildren, there was an Excursion Limousine waiting to take their entire family to their photo shoot.  Although, first, we had to take care of some important business.  Dan had mentioned to us on our initial meeting, that even though he lived in Iowa, he was still a Husker fan.  So we presented him with a basket full of Husker cookies, a NE football that Coach Pelini had personally autographed for them and an array of husker gear.  Dan was so excited he said his “Dream” could be completed right there and then.  But the Iowa fans in the family wanted to continue on, so they all set off on their first ride in a limo to Elmwood Park to meet the photographer.  The weather couldn’t have been more perfect for family photos.  It was such fun seeing the smiling faces on everyone as they posed and hammed it up for the camera.  Next, the Stuck’s were off to Sunday brunch at a local restaurant.  Prior to the day, Dan had told us that after he and his family enjoyed a nice meal together, he would be ready to go home and rest. 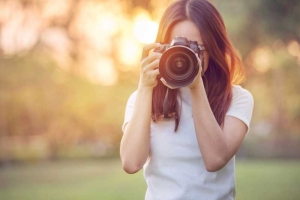 Albert Einstein said, “Only a life lived for others is a life worthwhile!”  Dan and Debbie have always lived their lives for others in all that they have done to help those in need.  Their lives have truly been very worthwhile to all that know them and all they have helped throughout their lives!

The Dreamweaver Foundation would like to acknowledge all that made this Dream so successful!  Thank you to our very special nominator, Ruth Hamlin, for nominating a truly amazing man.  Thank you to Tad and Melissa Singer for donating the adorable (and I’m sure delicious) basket of goodies from Kristen’s Cookies!  Thank you, Coach Pelini and UNL for donating the Husker items.  Maybe we can convert the entire family yet!  Thank you to Granite City for helping to make the Stuck’s brunch a great one.  And, last, but definitely not least, thank you to The Dreamweaver Foundation Board Members that took care of Dan, Debbie and their family along the way . . . especially Catherine for taking hundreds of photos of their family and their “Dream Day!”  Without all of your hard work, their “Dream” would not have been such a success!

Oh, yes!  Thank you, Dan, for finally agreeing to allow us to truly be blessed and grant your “Dream!”  When you have spent your entire life giving to others, it is hard to allow others to give to you!  You made our day!