Father’s Day weekend, Dan, 82, fulfilled his final dream of catching one last fish on a fishing trip with his family. 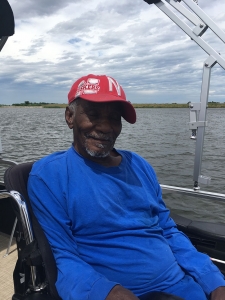 Dan was an avid fisherman growing up in Mississippi.  His parents worked outside of the home to provide for Dan and his 13 brother’s and sister’s.   His mother was a very hard worker, taking care of the family and working a full-time job.  Dan found fishing as a way to stay occupied while his mom took care of his younger siblings. He said he would catch fish, “the size of his arm”! When Dan moved to Nebraska with his brother at the age of 21, he continued his favorite hobby, fishing.

As he started to build a family, Dan introduced his love of fishing and often took his kids to lakes in Nebraska and Iowa.  In 2012, Dan was diagnosed with terminal lung cancer.  Because of the effect the cancer has had on his mobility, Dan has been unable to fish.  Today, Dan resides at Florence Home HealthCare Center. When April Hauf, Director of Social Services, heard of Dan’s Dream she knew who to contact. 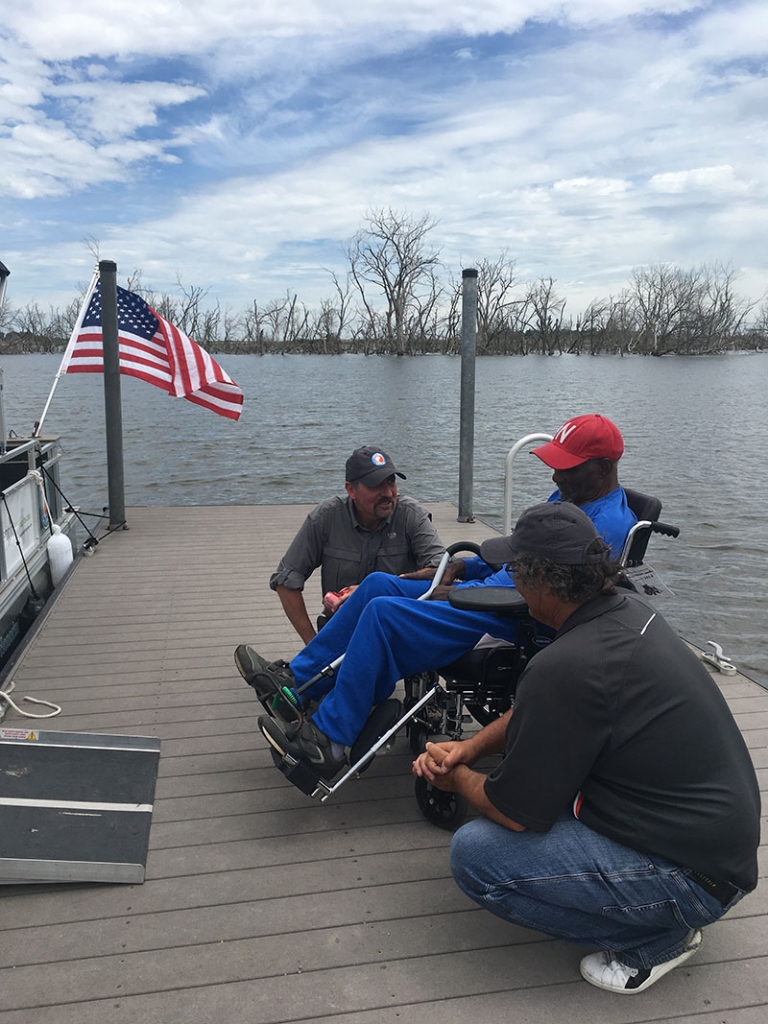 After their fishing adventure, Dan and his family enjoyed burgers and fries catered by Chips and Cajun battered fresh-caught bluegill fried by David Ruder, Founder, Executive Director and Fishing Guide from Live Well. Go Fish. Dan skipped the burgers and only ate the pan of fried fish!  Before Midwest Medical took Dan back to Florence Home he said, “I had a really enjoyable time”.

Dreamweaver Foundation would like to thank Live Well. Go Fish. , David Ruder and volunteers Shannon and John for helping us fulfill Dan’s Dream and Midwest Medical for safely transferring Dan to and from Lake Wanahoo and Scheels for donating $100 to help us outfit Dan in Husker apparel.