About a year ago, Dale had a major life change. His health started to decline, and it was time to make the hard decision to leave the house he and his wife, Retta, had made a home for the last 66 years. This last year’s focus has been on his and Retta’s health. When Dale’s Tabitha Hospice Social Worker learned that the couple hadn’t had a proper date night in years, she knew it was time for this 92 year old and his wife of 67 years to have a romantic evening. 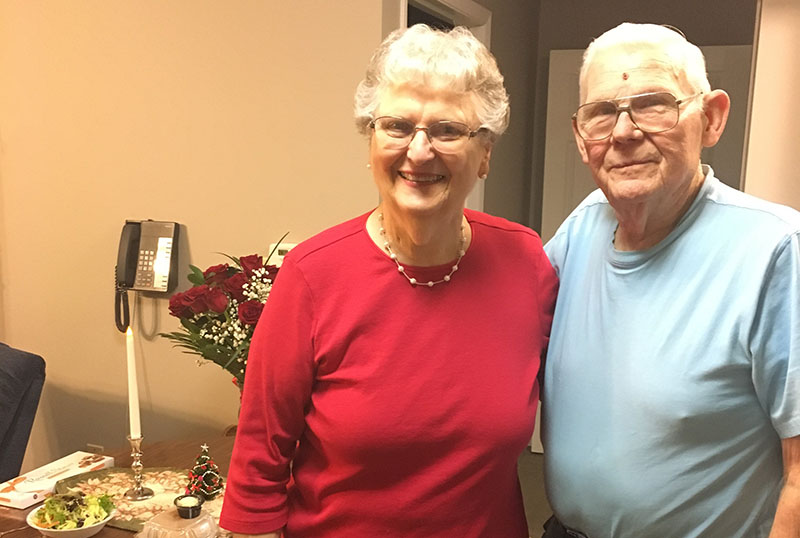 When Dale and Retta reminisced about their first dates, a few things came to mind: chocolates, flowers, music, candlelight and ice cream. Dale often picked up Retta and had chocolates or flowers for her.  Music from Frank Sinatra and Lawrence Welk brought them right back to their mid-20 selves. A nice steak dinner was often under candlelight and was complemented with Dale’s favorite dessert, ice cream.

Dreamweaver Foundation would like to thank Nicole from Tabitha Hospice for nominating and delivering the special Misty’s dinner.