As Carol was flipping through the television channel’s one Sunday morning she came across a PBS special about the Dreamweaver Foundation and realized that maybe her prayers were being answered. Carol asked her hospice social worker to “find these people and see if they can help me get to Arizona to see my parents.”

Carol has a condition called Graph versus Host disease which is a side effect of having a stem cell transplant. She is 62 years old and on hospice. Her parents are 92 and live in an assisted living facility in Phoenix. In meeting with Carol for the first time, she said she had been praying for months that God would lead her to someone who could help her get to her parents for a final visit.

The Dreamweaver Foundation kicked into full gear and began making arrangements to help make the visit a dream come true. 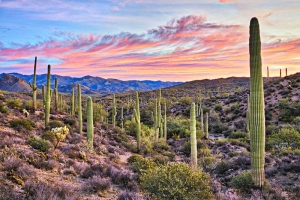 Within 90 days, flights were booked on US Airways and reservations were made at the Sheridan Crescent in Phoenix near the facility where her parents live. Carol and her caregiver LaLani, left on a sunny Thursday afternoon loaded with bags and treats and ready to travel west. Board members and volunteers were there with hugs, goodies for the trip and best wishes for safe travels.

Both ladies were astounded by how accommodating everyone was and how they were treated like royalty every step of the way. Carol laughs when she talks about her experience at the Sheraton Crescent commenting that she had never seen a hotel that nice except on television.

Over the next 4 days Carol’s dream unfolded. She was able to spend time visiting with her parents, sightseeing, catching up and talking about old times. On Friday night, the family had a special birthday party for both Carol and her 92 year old father. LaLani, Carol’s caregiver, decorated the private dining room and the Dreamweaver Foundation sent gifts for everyone. Interestingly enough, dad’s gift was a Dreamweaver Money Clip and that was exactly what he needed! As for Carol she had been wishing for months that she could have a snuggly fleece blanket but, felt that the luxury was one she couldn’t afford. Guess what her gift was, a beautiful blue Dreamweaver fleece blanket.

Carol’s father is a retired Presbyterian minister so attending church as a family was an important part of the trip. Carol’s tears of joy at the wonderful reunion spoke volumes about their time together. In our conversation following the trip Carol shared with me “I am done with my bucket list, this was my mountaintop.  God answered my prayer.”