Brenda’s heart will always be in Detroit.

Brenda was born and raised in Kentucky.  Her favorite memories from growing up were learning how to cook and sew from her aunties and listening to the radio with her grandmother.  This is where Brenda’s love for music began. 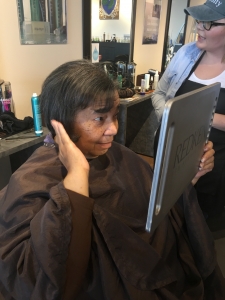 When Brenda graduated high school, she moved to Detroit, Michigan to be closer to an aunt.  Brenda lived in Detroit for 50 years.  In her 20’s, the Motown music scene was starting to develop. Brenda talks about her memories of living in the same neighborhood with the upcoming Dianna Ross and Smokey Robinson.  She loved to be social, “go out on the town” and watch live music with her friends.

In 2000, Brenda suffered from a heart attack and was diagnosed with spinal stenosis, diabetes and keratoconus that has led her to being legally blind.  When Brenda’s health declined Kelly, Brenda’s youngest daughter, knew she needed to move her mother closer to her so that she could help take care of her.  So, in 2005, Kelly moved Brenda from Detroit to Omaha. 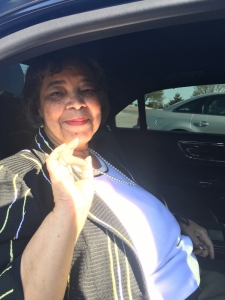 Because of Brenda’s diagnosis, she has not been able to be as socially active as she was back in the day.  As way to help Brenda relive her younger days, Dreamweaver Foundation coordinated a night out to see one of her favorite Motown singers, Smokey Robinson.  The day was all about Brenda.  It started with a trip to the salon where Brenda enjoyed a haircut and style.  She even had her nails done for the day…she wanted to look her best for the concert. Thanks to our friends at Von Maur, Brenda was dressed to impress for the concert.

Brenda and her daughter, Kelly were escorted by VIP Limo to Bone Fish for dinner and then off to the show they went.  Our partners at the Omaha Symphony made sure Brenda and Kelly had top-notch seats to see one of Brenda’s favorites, Smokey Robinson.  The concert started and Brenda was transported back to Detroit, in her 20’s enjoying a night on the town with great Motown music.  Brenda said, “The songs brought back so many memories.” 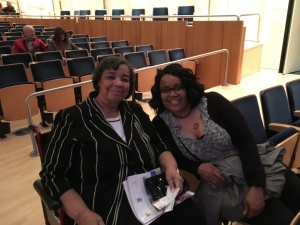 Dreamweaver would like to thank the many community partners that helped to make this dream come true – Omaha Symphony, VIP Limo and Sedan, Von Maur, Novel Hair Salon and Spa, and Bonefish Grill.