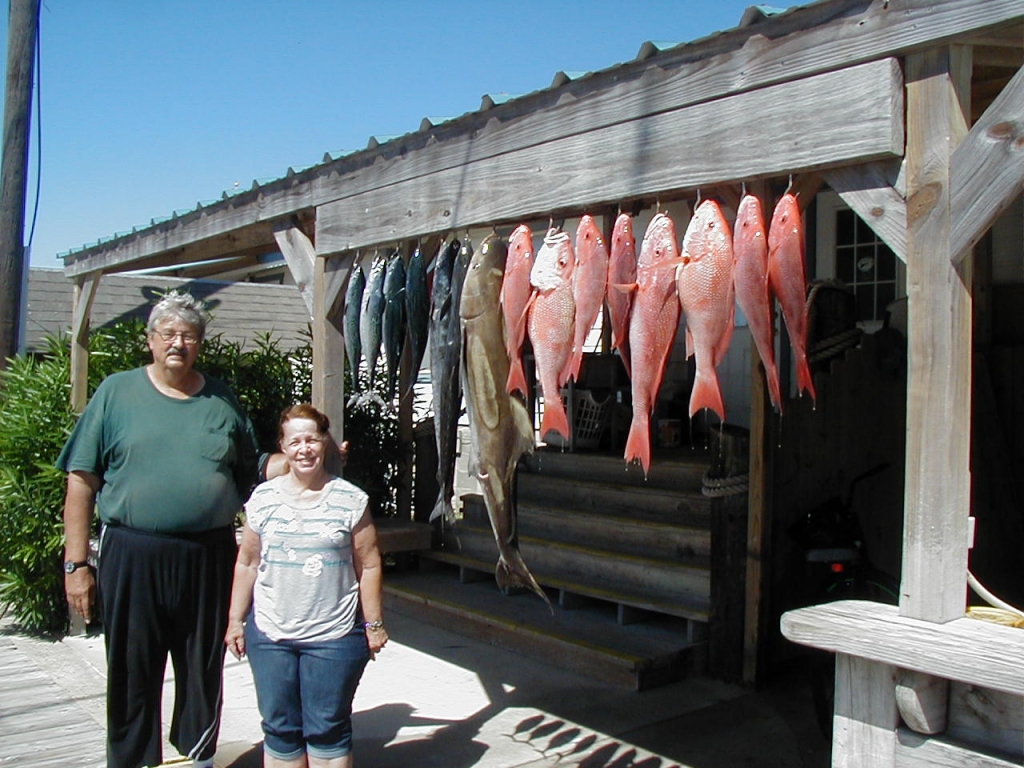 Bob Fienhold has been a fisherman for most of his life. He began fishing around eight years-old and has continued the hobby into his adult life. Every summer for almost 10 years, he spent two weeks in Minnesota fishing with his grandfather, brother and uncle.

Bob and his wife, Sandy, have been married for 47 years. Sandy did not grow up fishing, but started when she met Bob. They spent many vacations and relaxing weekends sitting on a boat with friends and family. Sandy admits fishing is Bob’s thing, but often times she catches the bigger fish! Along with a passion for fishing, Bob also is a talented cook. He was a chef at Beverly’s a Harrah’s Casino restaurant for many years until going on disability in 2001. He loves to cook the fish he catches. He has hosted several fish fry dinners for his church cooking over 400 pieces of fish!

Bob and Sandy love to travel with friends. Almost six years ago, the couple traveled with friends to South Padre in January, expecting to escape the cold temperatures of the Midwest. The first day in South Padre was a beautiful warm and sunny day, but an unexpected ice storm hit the area the following days. Power was out leaving not much to do. It wasn’t the trip they had planned for. Since then, they always dreamt to go back and get the full experience of fishing in South Padre. Bob’s neighbors received a Dream from the Dreamweaver foundation and wanted others to be able to fulfill their Dreams too, so they nominated Bob! After a few months of planning, Dreamweaver sent Bob and Sandy to visit South Padre.

They decided they wanted to drive instead of fly just in-case they needed to transport back a cooler of fish. From Council Bluffs, Iowa it took a little over two days to reach South Padre. Bob and Sandy knew just who they wanted to fish with; Captain Bryan Ray of Captain Bryan Ray Fishing Adventures. Captain Bryan Ray has been leading fishing trips since the 70s – he holds a lot of information about the island. During the five-hour fishing excursion, they caught many red snappers and king fish…almost catching a shark! Even though it was Bob’s Dream, Sandy once again caught the biggest fish! They were excited to bring home their catch and enjoy the memories of the Dream every time they cook fish.

Dreamweaver would to thank everyone that made this Dream possible: Travel and Transport, Captain Bryan Ray and Southern Wave Catamaran Sunset Dinner Cruise.