Allan had a special bond with his granddaughter Amber.  When Amber gave birth to little Azten Henry on November 17, 2014, the only thing Allan could think about was seeing his great grandson and Amber before he passed.  Unfortunately, Allan and his wife Pat were not healthy enough to make the long trip to Arkansas for the joyous event.  In August, Allan was diagnosed with pancreatic cancer with a prognosis of 3-6 months.  Pat has her own share of health problems and is still somewhat fragile having just completed treatment for breast cancer.

The couple hoped to bring the family together for Thanksgiving, but little Azten’s doctor would not allow him to travel due to his own health concerns and young age.  When Allan realized he may not have the opportunity to meet his great grandson and see Amber again he took a deep turn for the worse.  Fortunately, Allan’s social worker, Donna Wilhelm from Hospice of Southwest Iowa, was familiar with The Dreamweaver Foundation and contacted us for help. 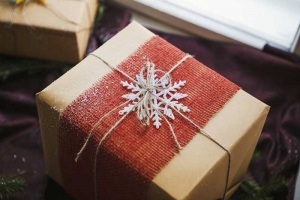 When I met with Allan and Pat for the first time and begin discussing ways we may be able to bring the family together again I could see the life coming back into Allan as his hope was renewed.  We talked about what it would look like to have a family Christmas, who would attend, what kind of gift he would like to get for the baby, and what would the perfect Christmas dinner include.  Both Pat and Allan were laughing as we talked about plans for the holiday reunion.  We even called Amber on the phone and she talked to her grandpa about making the arrangements.  When I walked out the front door there was an excitement in both Pat and Allan that Donna, the social worker said she had not seen in weeks.

We were working on a very short window of time so everything had to move quickly. Little Azten’s doctor did not feel comfortable with him flying so Amber’s father and step mother agreed to drive to Arkansas and pick up Amber and the baby if the Dreamweaver Foundation could help with gas money.  Pat and I made plans to go shopping to pick out special gifts for the Christmas reunion.  Allan hung on knowing that Amber and the baby would be there soon. 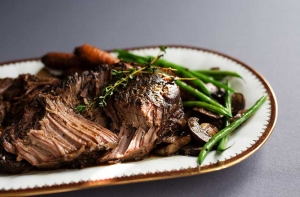 When asked about Christmas dinner, Allan requested pot roast from the Golden Corral. Going out to a restaurant would be far to taxing on Allan so we ordered a fantastic take out dinner of pot roast, green bean casserole, mashed potatoes, gravy, yummy rolls, and all the trimmings!

Amber arrived late Friday afternoon to spend the evening with grandma, grandpa and little Azten  Henry.  Other family members came by, but the big celebration was scheduled for Sunday at 2:00 pm.  Unfortunately, Allan was not able to attend the family Christmas. I received a call on Saturday afternoon that Allan had passed peacefully with a smile of contentment having fulfilled his dream.